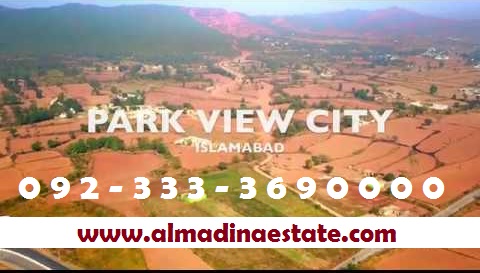 Creating waves in the realty market of Islamabad, Park View City has managed to divert the investor attention from Bahria Enclave. The two projects are often compared because they share the same neighbourhood i.e. Islamabad’s Zone IV. In fact, in various aspects, Park View City may be a better option in terms of dealings, delivery, and quality of development.

Many far-sighted investors have already gauged the potential worth of Park View City. And yet, there are some who aren’t convinced about the society’s sound future. For short-term traders and genuine buyers, some valid concerns do exist. Let’s have a look at some of the concerns investors have:

The Capital Development Authority (CDA) issued an NOC for Park View City back in 2013, but it was cancelled in 2014. Reportedly, the problems started when the society’s management wanted certain documents as proof for handing over a percentage of the project’s land to the authority as per the set rules. Although the developer agreed to withdraw this demand, CDA refused to re-issue the NOC.

The news is already out that the Capital Development Authority has restored the NOC for Park View City Islamabad. In this regard, the official website of the civic authority has also been updated. The society management is all prepared to carry on with this big development. An Iftar-Dinner was arranged with the registered agents, investors and members of Park View City yesterday, where the inauguration of site office was also conducted.

On Sunday, the society management also invited applications from real estate agencies looking to work as registered dealers for Park View City via a publication.

Back in August 2017, we shed light on some common concerns real estate investors had about investing in Park View City. With the NOC restored, many issues have been addressed, but some investors still needed to have a few things cleared before they can put their hands on Park View City plots.

This update addresses it all, for which the information was gathered from Park View City Director Sales Naveed Imdad to ensure its veracity and to get the most accurate details possible.

How soon will the 200-foot wide road be ready?

According to Imdad, the restoration of the CDA NOC comes along with approval for the construction of 200-foot wide Kuri Road. To connect society with Kurri Road, Park View City will construct a 2-kilometre long patch on its expense and in collaboration with the CDA. For this purpose, the two have yet to sit down and discuss details, most of which will be about the technical aspect of the project.

Imdad is optimistic that as soon as the details are finalised and they receive a go ahead for initiating development work, the 200-foot wide road will be completed within six months. He also believes that the project is expected to be much in shape by the start of next year.

Is Sector F clear from litigation?

Park View City has all the land available for this particular block, in fact there is no litigation issue in the entire society, said Imdad. He also revealed that the society has more Sector F land in possession than that shown on the map, for which new bookings will be launched soon.

Will Park View be a gated society?

The society is a gated, walled project where the boundary wall has been built around the approximately 5,000 kanals of land the developer has acquired. He mentioned that many developments in the neighbourhood are not covered from all sides, but Park View City certainly is. As of late, the side that faced national forest area has also been barricaded.

How do you intend to manage water shortage within the society?

The very location of Park View City is rich in natural resources including underground water, which is available just 50 feet under the ground. In addition to that, many natural streams including Gumrah River pass through the society. But the society is not looking to take all of this for granted. Imdad mentioned that a water treatment plant will soon be up and running for Block A, where water will be recycled and reused.

In addition to that, a plan is in place to utilise rainwater, which the neighbourhood receives in abundance, by making it mandatory for each house to have underground tankers to store and use this water.

When asked if the society could have a small dam of its own to collect and use the rainwater, Imdad said that work on this already underway, and a firm is working on doing so. He indicated that Gumrah River water, along with rainwater, will stored and used for better purposes.

Being a CDA-approved project, it will follow all the bylaws devised by the authority for private housing schemes.

Is there any home financing service available?

Yes, currently Silk Bank and Bank Al-Falah are on board to offer home financing for people looking to get home loans on easy terms. With the CDA approval granted, home financing options from more banks is also expected.

Do you transfer plots internally or offer registry to the buyers?

The plot transfer procedure is carried out through society’s transfer office and not via regular registry and transfer. It has been the case in the past where transparency and secure transactions have helped us earn our solid reputation. Getting the CDA approval only makes us more reliable for up such procedures.

How soon will the society have public facilities?

The society is working on setting up a branch of National School in Park View City, which operates under Abdul Aleem Khan Foundation. Proper work on it will start this month. A mosque is already under construction, while a dispensary will also be set up soon, and the planning process for a hospital is also underway. Imdad is hopeful that within the next six to eight months, the society will have connections available for electricity, Sui gas, and water, while the school will also be up and running.

Property rates appear a bit too high for genuine buyers, how are you looking to keep them affordable?

Imdad believes that compared to the current development status and the quality of work carried out, the rates are not high. In addition to that, they aren’t offering property files but some bookings are for developed plots and that too on an instalment plan. If you compare the rates of these developed plots offered on cash with that of developed plots in the neighbouring societies, you will see the difference.

What are the current plot prices and transfer fees?

How much time does a plot transfer takes in your society?

The transfer letter to the owners who have cleared their payments is issued after one to two days at maximum.

Will people be able to transfer plot from your new site office building?

Our transfer office in the Blue Area is more central and allows more people to conveniently reach there, said Imdad. While the society’s site office, which was inaugurated yesterday, is functional now, the society is not looking to shift existing facility. The developer is looking to open transfer offices in other cities in the future, but the existing site office in the Blue Area will continue to operate. 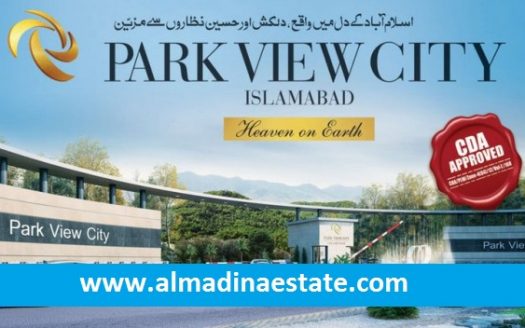 Jul 29, 2018
Park View City Housing Scheme has finally got its NOC restored from Capital Development Authority, and it ...
Continue reading