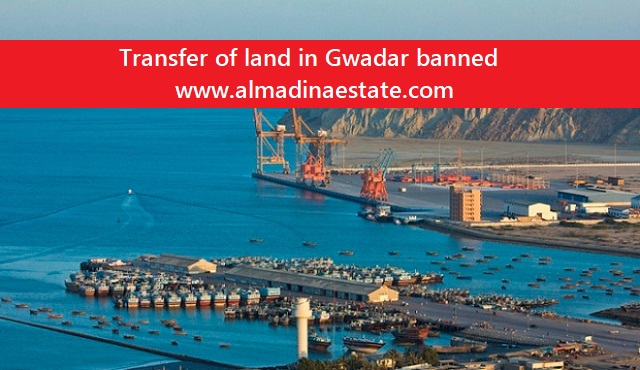 Transfer of land in Gwadar banned

The Balochis­tan government has imposed with immediate effect a ban on transfer of land in the port city of Gwadar for three months.

The provincial revenue department has issued an official notification in this regard.

Deputy Commis­sioner Dr Tufail Ahmed Baloch said on Friday that the ban had been imposed on transfer of all kinds of lands.

He said the decision had been taken in view of the re-planning of the Gwadar Mas­ter Plan. The plan would be reviewed according to the pro­posed mega city and smart city projects in Gwadar by foreign firms, he added.

A memorandum of understanding for the plan was sig­ned between the  Development Authority and a foreign firm six months ago.

Earlier in July, the provincial government had lifted the ban on allotment of plots in the industrial estate of Gwadar. The ban at that time had been imposed after irregularities were found in the allotment process.