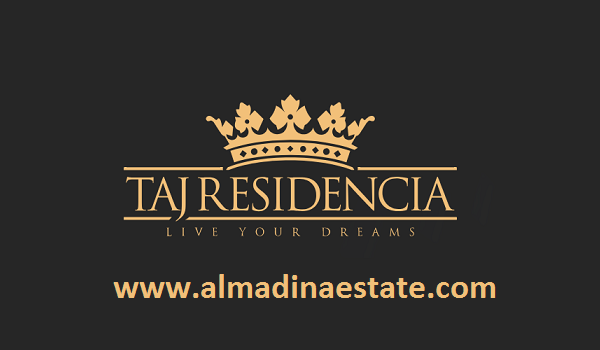 Taj Residencia falls in the jurisdiction of Rawalpindi Development Authority but, is closer to Islamabad and its main areas than many of other projects that are managed by the Capital Development Authority (CDA). Located adjacent to CDA Sectors I-14 and I-15, its main entrance lies on I-14/15 Link Road. In other words, Islamabad and all of its important places are just a short drive away from Taj Residencia.

The practice of offering developed plots on installments is rare, and that’s even truer for Islamabad, a city that has its own phases, where it deals with the ups and downs seen in the property market in its own unique fashion. Here, we have a developer that’s known far and wide for giving Islamabad’s commercial market a new icon in form of Centaurs i.e. Pak Gulf Construction (Pvt) Ltd. Their upcoming project has already created a wave of interest among buyers looking to choose only the best.

The most stunning aspect of this project is the fact that while the development work here is underway, the developer only launches plots on an installment plan just when they are ready for possession. A rare practice indeed. Here is all you need to know about it.

The project comprises several blocks, where development work has been completed in Blocks A, B, C, and D and is underway in Blocks E and F. Meanwhile, the developer has only opened up booking under prelaunch in the developed blocks where all plots are available for possession. In fact, three houses have already been constructed, while 36 of them are under construction. And you will be surprised to know that the developer is yet to officially launch it.

The authority has given the developer a go ahead to carryout development work on 10,000 kanals of land.

Booking for plots in Taj Residencia has been underway in the society’s pre-launch phase via the authorised dealers and also by the developer, and the official launch is expected soon. It is highly expected that the ceremony for this will take place on August 14, which is also set to bring along a wave of new buyers and consequently a surge in demand and the market rates. But you must know that the demand is already very high

While there is a constant demand for plots for sale in Taj Residencia, those who already own a piece of it are reluctant to sell, as they anticipate a further rise in market rates with the date for society’s official launch announced. Sources have confirmed that while the society is ready for the new owners to call it home, the number of investors looking to buy these plots is also very high. That is primarily because these developed plots are offered on a two-year payment plan, where the booking amount is set at 30% of the plot’s total price.

And since many of these buyers are investors, the demand is naturally high for 5-marla and 10-marla residential plots.

A look at market rates

The official launch is not only expected to bring along further rise in rates, it’s also likely that the new booking launched by then will be at higher rates. And since it will essentially be for the developed plots, the current market rates don’t appear high. Have a look

With demand going up more strongly and constantly, it appears to be the right time to invest in Taj Residencia.